An interactive map of mainland Greece and islands to have an eye on the main tourist points of interest, airports, ports.

Places of interest detailed in our guide

If you’re about to discover Greece by car and want to have a detailed map at your fingertips at all times or more simply want to really unplug by disconnecting from technology, there’s nothing better than the good old road maps.

Buy a map of Greece on Amazon

On Amazon you will find all the most important road maps of Greece at often discounted prices. 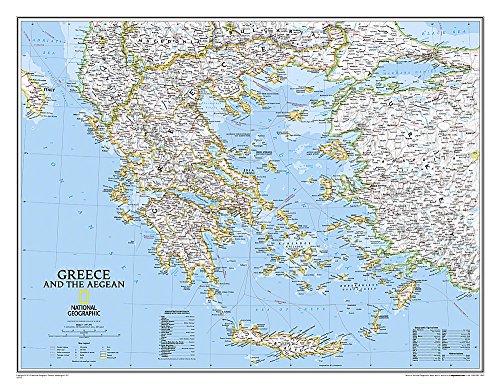 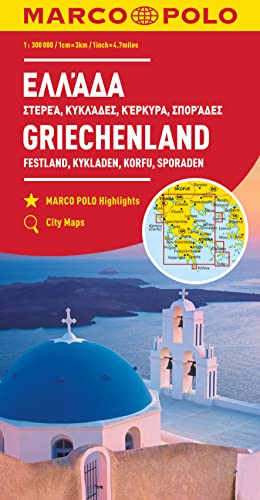 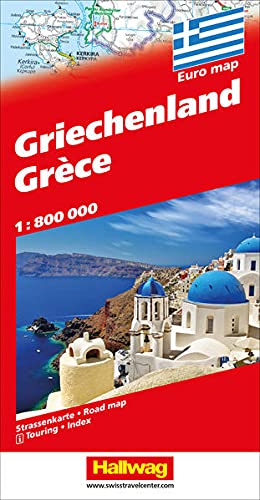 The Amazon Prime membership offers free shipping and numerous other benefits. The service is free for the first 30 days and if you are not already a subscriber, we recommend that you sign up now to start saving from the first shipment.

Greece is located in southeastern Europe and is bordered to the north and northeast by Albania, North Macedonia, Bulgaria and Turkey, while to the south, east and west it has no land borders. The seas that bathe it are three: Aegean Sea, Ionian Sea and the Sea of Crete.

It is one of the most mountainous European states. Approximately 80% of its surface exceeds 700 meters above sea level, with altitudes well above 2000 meters in the Pindus mountain range. This mountain range branches off into the Peloponnese and many Aegean islands such as Crete. In continental Greece they offer a spectacular landscape the high and steep peaks cut by canyons, like The Meteors and the Gorges of Vikos.

Mount Olympus is the highest peak in Greece at 2919 meters above sea level.

The greek islands, the real peculiarity of Greece, cover one fifth of the total area of the nation. They are more than 3000, of which 227 inhabited.

Accommodation in Greece
Discover the best Hotels, B&B and Apartments in Greece based on thousands of verified reviews.
Book other travel services